Answered: How much is in a roll of quarters? Everything you need to know

We are often asked, "How much is in a roll of quarters" Here is a quick and accurate answer and everything you need to know. 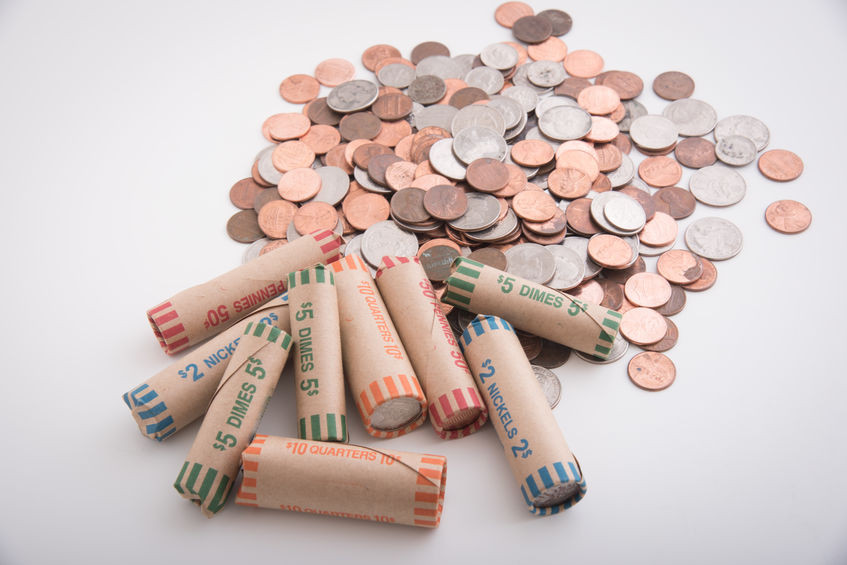 How much is in a roll of quarters?

One normal roll of quarters has 40 individual quarters. Ten bucks in quarters, to be precise.

In other words, A roll has 40 distinct quarters having a face value of $10, which contains all quarters issued by the United States Mint.

The following are the US Mint quarters: Bust Type, Seated Type, Barber Head, Standing Liberty, Washington, State Quarters, Commonwealth, and American The Beautiful. All of them come in rolls of 40 coins.

A Brief History of Coin Rolls, and why use them?

Even though coin rolls have been around for a long time, we don’t know who created them or when they were first adopted. It is presumed that its the banks that started using them at some point.

In the beginning, rolls of paper coin wrappers were the only option available for securing rolls of coins, but as time passed, the paper rolls became brittle and eventually fell apart.

As a result, the coins would become moist and damaged. Besides that, the chemicals utilized in the paper’s manufacture would react with the coins, discoloring them.

A better method to keep the coins in a plastic cylinder with a cover sized for the exact value was later invented.

Collectors liked these plastic coin tubes because they better protected their coins, were easier to stack and store, and because the original paper wrapper may have become damaged or degraded.

However, early plastic currency carriers were of lower quality and shrank around the coins, making removal difficult without damaging them.

I’ve collected coins caught in these plastic containers on various times, and removing them without damaging them needs extra patience and care.

Why use Coin Rolls

It would be cumbersome to carry about a huge number of coins in a bag if you weren’t a company, a financial institution, or a coin roll hunter handling  a significant quantity of coins.

Keep in mind that a single coin roll contains 40 distinct quarters. Counting quarters would take 40 times longer if you handled a large number of them without rolling them up beforehand.

You should also keep in mind that if the coins are the same denomination, a roll of coins will always contain the same number of coins, regardless of the material in which they are stored.(Paper or plastic)

Related Article: How many quarters are there in 10 dollars?

What Is the Weight of a Roll of Quarters?

Adding the coin wrapper’s little weight to the total weight of a roll of 40 quarters ($10) is 226.8 grams, equivalent to 8 ounces and includes the coin itself. Eight ounces of quarters equals half a pound in weight.

Check with the coin wrapper maker or weigh the empty coin wrapper if you need to determine the overall weight. This is because each manufacturer’s coin wrapper has a different weight.

The weight of a coin wrapper may change, but a quarter never does! The weight is always the same, at 5.670 g.

Where Can I Buy Coin Wrappers?

If you want to save money, use the flat coin wrapper. However, this method takes longer to roll your coins. Four hundred flat coin wraps are available on Amazon for $8.49. That works out to around a buck a pop.

Pre-formed, tube-style wrappers with a crimp on one end are the second type of wrapper.

Even while pre-formed wrappers are more costly than flat wrappers, they are more convenient to work with and take less time to complete a fill.

Coin wrappers can also be found at Walmart, several dollar stores, Target, CVS, and Walgreens, although they aren’t always available.

Contact your bank for complimentary coin wrappers if you use them in your company. Even though not all banks offer them for free, some do.

Explained: What Is Bulk Posting In SBI?