The term “bulk posting” is commonly used in the banking industry.

Bulk posting refers to the process of crediting payments into several accounts at the same time in a continuous stream.

During this process, money is credited to many accounts from a single source, rather than from multiple sources.

Pensions, corporate pay, government subsidies, and so forth are examples of bulk postings.

What Is Bulk Posting In SBI?

In SBI, bulk posting is the transfer of monies to several accounts from one source. You might refer to it as “bulk posting.”

The word “bulk posting” is used in the banking industry to describe the transfer of a large number of funds from one account to another. When transferring money from the company’s current account to the salary accounts of all employees at once, bulk posting is often used.

After the advent of technology in the financial sector, bulk posting was created and entries are now made electronically into corresponding accounts, either debit or credit. Bank cashiers in the past kept records of salaries in a ledger. However, the transfer of funds is now more straightforward on a technological level.

The cashiers enter and feed the various salaries into the computer, and then execute orders simultaneously to transfer all the employees’ pay into the specified accounts.

Bulk Posting is the banking industry’s term for this procedure. Although there may be hundreds, thousands, or even millions of entries, bulk posting takes only a few seconds to execute.

Bulk Posting as it’s known among Bankers occurs when an electronic batch of entries is structured in a certain sequence and fed into the computer with a command to post all of the specified accounts at once. Mainly settlement accounts are processed via bulk posting if the posting is to be done in regular intervals.
In other words, posting many debit or credit transactions from/to a single account or a group of accounts is known as “bulk posting.”
The most common example of bulk posting entry is that of salary/pension credits (where the salary/pension disbursing company is one and the beneficiary accounts are several), loan recoveries, or reversal/correction entries, among other things.
Bulk posting entries may also be found when any charges are debited centrally (e.g., ATM Annual Maintenance charges, cheque return charges, SMS Alerts charges, etc).
In an instance where a firm as well as the majority of its employees, have an account with the same bank, each employee’s account number and pay amount are entered into the core banking system, as well as the sum of the cash that will be deducted from the company’s account. This data is uploaded and bulk entries are posted.

Bulk savings account posting might be due to the posting of dividends, refunds, or interest on Fixed Deposits, among other things.

There will always be adequate narrative accompanying mass posting to clarify why the credit has been given.

If you are unsure about credit and think it may have been done incorrectly, you should contact the branch of the bank where you have an account to get further information.

What should you do if you receive the incorrect credit under Bulk Posting?

Let’s say some funds were credited to your account rather than to the account of the person who rightfully earned the money.

If the amount is truly yours, you can use it; if it is not, you can ask the banker to reverse the entry.

In some cases after confirming a bulk posting error, banks might block your account and prevent you from withdrawing funds. However, you can obtain credit, subsidies, or compensation.

You will need a typical application form from the branch. And put “Wrong credit to your account” in the subject line. Then, include your account number, full address, and phone number, as well as the fund credit date. Then send it to your bank branch.

Beware of scammers who are in an operation trying to lure you by crediting a tiny amount of money to your account.

This is an attempt to steal your money. Following that, you will receive a call stating that they lack the authority to recover the funds credited to you and thus will request that you send a bank transfer.

It’s advisable to immediately notify your branch and disown the amount and clearly state that you are suspicious about the same.

NEVER GIVE OUT YOUR BANKING DETAILS SUCH AS PASSWORD OR OTP (one-time-password) TO ANYONE. THEY CAN SIPHON ALL YOUR BANK FUNDS.

I'm an affiliate marketer with a passion for blogging. This blog provides insights into today's web trends and centers around inspiring my ideal audience to learn the ropes to build a sustainable income, with a complete guide to attaining online financial freedom.

We’re often asked, “Does In-N-Out Take Apple Pay?” Here is the Answer and everything you need to know 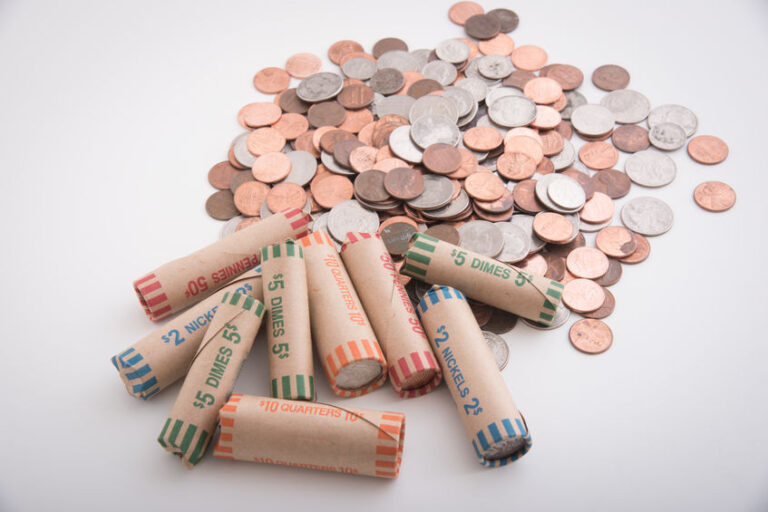 We are often asked, “How much is in a roll of quarters” Here is a quick and accurate answer and everything you need to know.

Get our free guide to